Hearing Aids Lower The Chance Of Dementia, Depression, And Falling 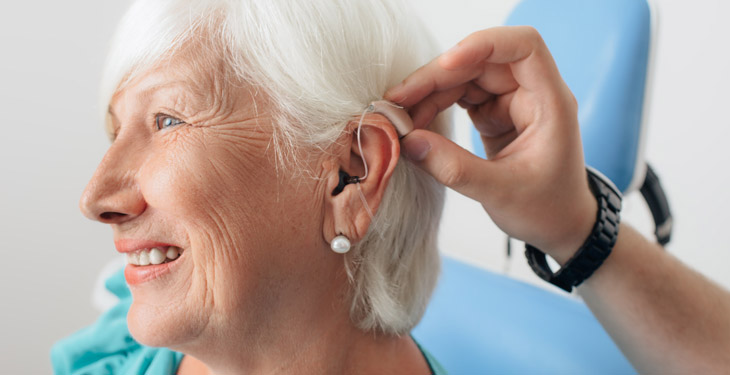 Here is an amazing study released by “Medical News Today” and the “Journal of American Geriatrics Society” led by Elham Mahmoudi, Ph.D., from the University of Michigan:

Almost 1 in 4 people in the United States aged 65-74 have disabling hearing loss. In people over 75, the figure is 1 in 2. Nonetheless, many people who would benefit from wearing a hearing aid do not wear them.

Experts have linked hearing loss to an increased likelihood of dementia, depression and anxiety, walking problems, and falling.

Now, a study in the Journal of American Geriatrics Society finds that using a hearing device makes these problems significantly less likely to occur.

A study lead Elham Mahmoudi, Ph.D., from the University of Michigan, explains:

Though hearing aids can’t be said to prevent these conditions, a delay in the onset of dementia, depression and anxiety, and the risk of serious falls could be significant both for the patient and for the costs to the Medicare system.

The study looked at data from nearly 115,000 individuals who were over 66 years old and had hearing loss.

The researchers noted significant differences between the outcomes of those with hearing loss who did wear a hear aid compared with those who did not.

Previous research has looked into the links between hearing loss and dementia and mental health conditions. Some experts believe that social isolation, which sometimes comes with hearing loss, might result in less stimulation for the brain and, ultimately, cognitive decline.

Others have suggested that the deterioration of nerve impulses in the ear may be an indicator of a wider neural degeneration already underway.

The study’s conclusion is that correcting hearing loss is an intervention that has evidence behind it. The researchers hope our study will help clinicians and people with hearing loss understand the potential association between getting a hearing aid and other aspects of their health.

Ready to get started?

Schedule an appointment at our Stratford, CT location today